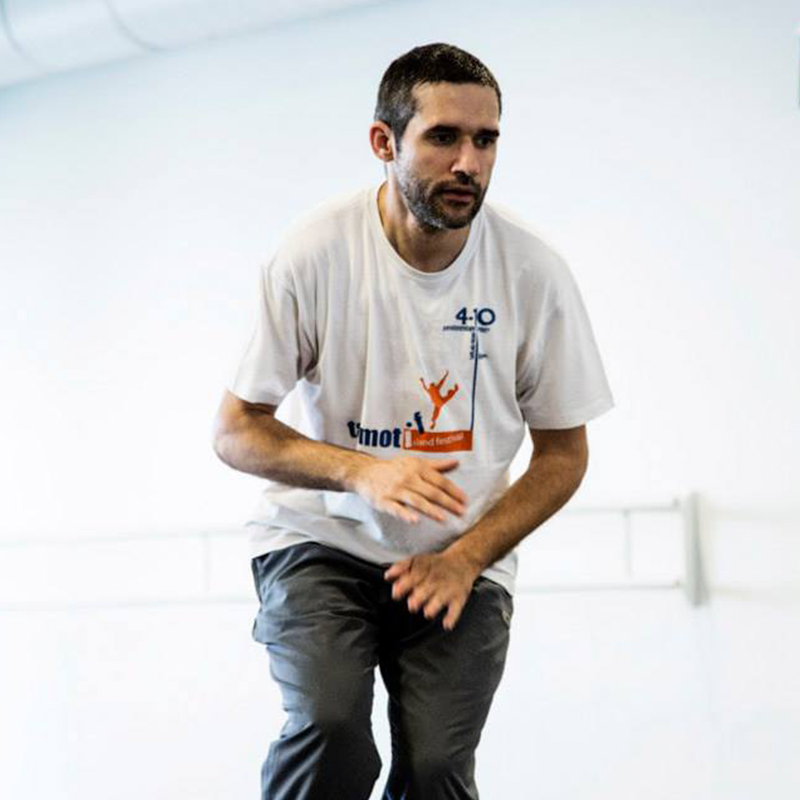 Combining elements from tap dance and body music, in this workshop you will explore the personal “voice” of your movement and how it can be used improvisationally in a musical context.

Thanos is a leading figure of tap dance and body music in Greece, while sharing and performing around the globe. Mentored by Heather Cornell and Max Pollak, his work focuses on the music delivered from the body sounds and percussive movement, fusing and expanding to various musical styles from jazz & funk, afro & latin, to his eastern and Balkan roots. Today Thanos was until recently a cast member of the dance and music group Cambuyon from Spain, premiered with them this February 2015 at the New Victory Theater in New York (Broadway) and is part of the international show “Body Music: see music, hear dance” under the direction of Keith Terry and Jep Melendez. He is actively involved in the Athens jazz scene and his collaborations include top greek jazz artists, the Coolspiritrio and his own leading projects Tapmotif Sextet and Acoustic Movement. He teaches regularly in the artistic space “Playground for the arts”, which he shares with Yiota Peklari (flamenco) and Petros Kourtis (percussion) and is a faculty member of the “Orff Institute in Athens”. He is also constantly teaching to communities abroad, sharing tradition, concepts and his approaches in countries like USA, Canada, Spain, France, Switzerland, UK, Finland and more.