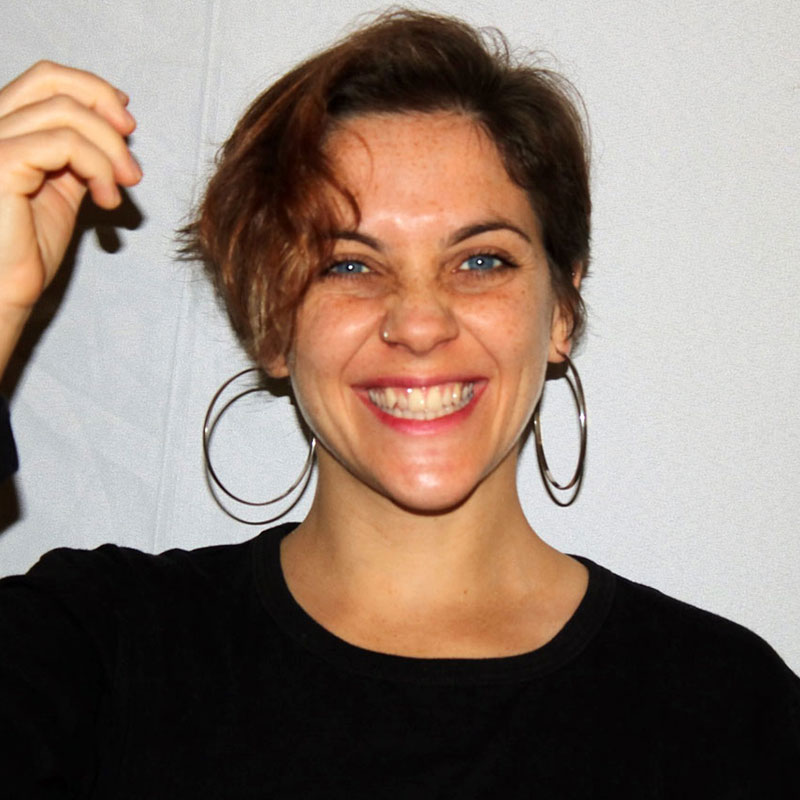 The presentation will be followed by an open discussion with Nayia T. Karacosta

As part of ‘Moving Abroad’ strand the selected artists have the opportunity to visit like- minded centres/organisations/festivals for 5 days, in order to explore their artistic idea further and present their research and methodologies with the local communities /audiences.

“Discovering our Under/pants” is actress and performer’s Nayias T. Karacosta project in relation with her residency programme “Moving the new” at Dance house Limassol.
The project was created out of the need to talk about the female body, our self-disposition and pleasures through techniques derived from documentary theater.
This research started from a series of recorded interviews of women who spoke about their experiences regarding (or lack of) self-pleasuring.
Their stories were then morphed into a script and the script into a performance (“Under/pants” part 1).
As the research went along, it branched out into workshops, where through the use of theater games we talk about our bodies and our experiences- memories regarding them.
At the same time the second part of this research is how the narration of the interviewers/participants true body affects her own body as a performer and how this new body can transform into a new artistic expression.
The project aims at the collection of research data for further expanding on the ongoing script to become “Under/pants” part 2.
Supported by State Culture Capital Foundation, Riga City Council, Latvian Academy of Culture.

OPEN CALL FOR “Discovering our Under/pants”

Organized by the Akropoditi Dance and Performing Arts Centre, in collaboration with the Dance House Lemesos

Nayia T. Karacosta
Nayia T. Karacosta graduated from the School of Drama, Faculty of Fine Arts- Aristotle University of Thessaloniki. Specialized in Acting and Performance Arts.
As an actress she co-founded with Eleni Anastasiou the theatrical group Intra Portas with whom they perform site-specific plays happening inside the classrooms at schools. They also co-wrote and she performed the documentary play ‘’Under/pants’’ based on interviews about women’s masturbation. She also worked with Nastazia Christodoulou, Aris Stefani, Magdalena Zira, Asteris Peltekis, Louis Patsias, Themis Theocharoglou, Ersi Vasilikioti, Stergios, Dinopoulos, Tasos Rantzos, Alexandros Politakis and others, in plays, films and tv-series.
As a Drama facilitator she teaches Educational Drama and Theatrical games across a variety of groups, ages and backgrounds.
Nayia was also a member of the artistic committee in the 32rd Pancyprian Festival of Amateur Theatre.