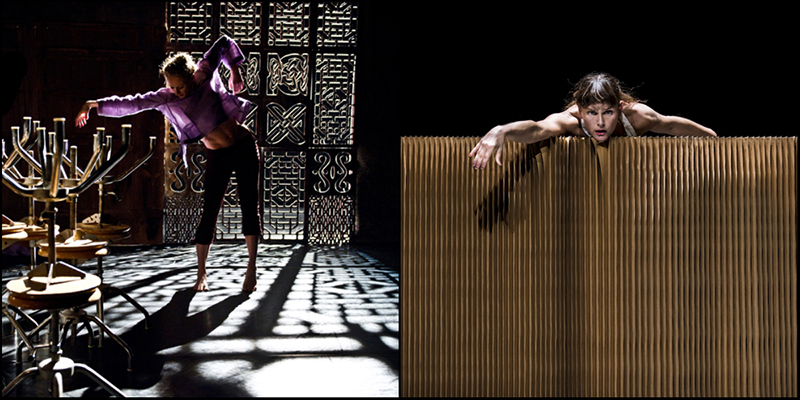 “Ambiguous is my favourite word,” explains Ina Christel Johannessen. Her work is characterized by high energy in the physical movements merged with poetic and often theatrical elements. The sought-after choreographer has in addition to her own company zero visibility corp., created works for international companies such as Ballet de Monte Carlo, CCDC Hong Kong, and Cullberg Ballet. In 2008 Ina received the Critics Award for “Ambra” made for Iceland Dance Company and Carte Blanche.
Since the international breakthrough in 2003 zero visibility corp. and choreographer Ina Christel Johannessen has created performances that have toured in 18 countries on 3 continents. zero visibility corp. | Ina Christel Johannessen offer some of the finest and most innovative in Norwegian dance. As members of the audience we are thrown into crossroads between aesthetic extremes in physically explicit and powerful expressions. We are united in a belief in dance as an art form. It is perhaps in this insisting on the concrete and physically demanding choreography that ZVC place themselves in a theatrical dance tradition, creating their very own artistic profile.

“ICJ knows how to observe and draw the dance from the body, free, honest, and with formidable impact”
Colombia Moya, La Jornada

Base Funding
zero visibility corp. has been awarded with a new four year period of base funding from Arts Council Norway for 2013 – 2016. ZVC received for the first time this funding in 2009 for the years 2009-2012. This represents a great recognition for the company and choreographer Ina Christel Johannessen. The basic funding is of great importance for the company’s artistic development and possibilities.

New performance 2014/2015: “The Guest”
Ina Christel Johannessen brings together dancers and performers whom are part of zero visibility corp.s history and present now. The evening exists in a performance format that can change from 10 to 14 dancers on stage. In this new piece, the first section will be performed to music by Demdike stare. The last section of the piece will be based on the text “The Guest” by Albert Camus, containing themes such as morality, solitude and freedom, and will be performed to Arabic music.
“Time is experienced and dissolved through the language of the body, through dance. Space is orchestrated through movement, stillness and details. Powerful movement through space, at times a chamber play, intimate and secretive. Hypnotic structure and rhythmic mantra. Anticipation and waiting.”

Residency at Akropoditi Dance Centre
The residency at Akropoditi Dance Center has been vital to the creation of the performance and a great inspiration. As this was the first of 5 residency periods, the time spent at Akropoditi included creating the concept, structuring of the performance and music, planning of rehearsals and mapping out the qualities and characteristics of the dancers involved. The facilities allowed the choreographer and two participating dancers (Hammer, Tørmoen) to explore the myths and theatre history of Ancient Greece and unfold and express themselves in improvisation. Solo and duet work was carried out to a wide range of music, guided by choreographer Ina Christel Johannessen and artistic advisor Cecilia Roos (SE). zero visibility corp. greatly appreciate the opportunity to be in residency at Akropoditi Dance Center. Akropoditi has been an essential collaborator to the company in the creation of this new piece, and we look forward to future cooperation.
http://www.zerovisibility.no/