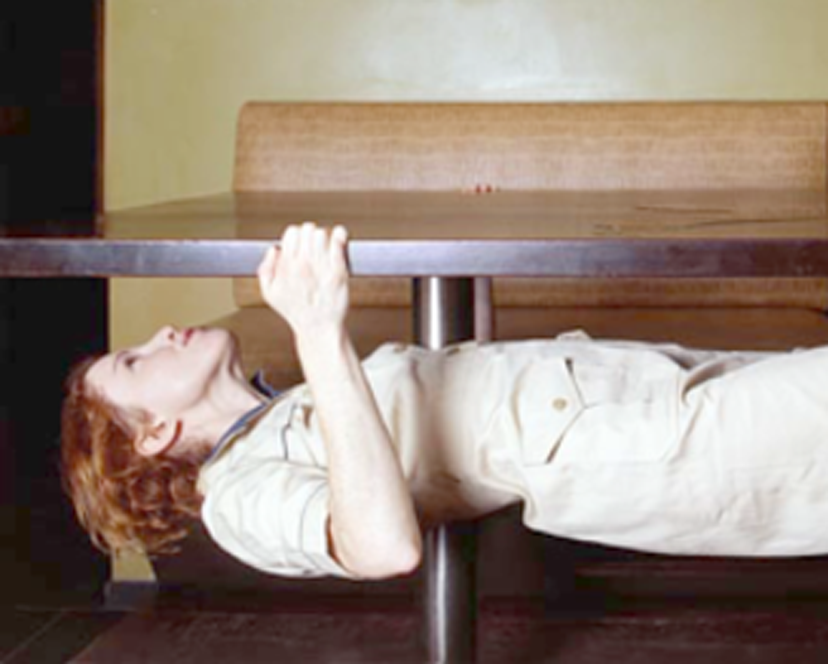 Video Screening and Artist Talk
The 3-D Interactive Dance Lab is a project that explores the potential of 3-D interactive technology in relationship with dance and live music.
This is the artist’s personal inquiry into technology’s power of expression that she researches though constructing narratives, with alter egos, in this case 3-dimensional avatars of dancers and musicians who co-exist in an environment of live interactive visuals.
This project was initiated in conjunction with the designer Stephane Flesch at the Potsdam Design and Technical University in Germany and further developed and performed as part of an artist-in-residency at Trafo Theater in Budapest with the generous support of the Workshop Foundation.

Meredith Nadler is an American artist, modern dancer and choreographer. She has been working in the realm of professional dance, theater, fine arts and film for the majority of her career in Europe and around the world. In her own artistic vision as a choreographer and artist, she seeks to explore the human condition through the prisms of movement, sound and visual experimentation.
For one of her last productions, Meredith Nadler created the intergenerational work “Love, Poverty and War”, an evening length dance/theater piece which examines the intersection between movement and memory, and between our pasts and the present. A co-production between Germany and Israel, the work was developed and performed at the Uferstudios in Berlin and at the Nachmani Theater and at the Beit Tami, Cultural Center in Tel aviv. Its cast of 9 Israeli/German/French dancers, actors and musicians explored what it means to be 3rd generation descendants of Holocaust survivors.The production of this piece and its premiere in Berlin was financed through the Berlin Senate, the Ministry of Foreign Affairs of Israel and he Israeli Embassy in Berlin.
Her previous choreographic projects and dance performances have been programmed and funded by the European Union Arts Council, the Grand Theatre du Luxembourg, the Berlin Senate, the European Capital of Culture, Berlin’s International Artists Museum, the Netherlands Noorderzon Festival, the European Foundation for Jewish Culture, the Zureuckgeben German Cultural Heritage Fund as well as several private foundations and theaters across Europe and the U.S..
https://vimeo.com/meredithnadler/videos