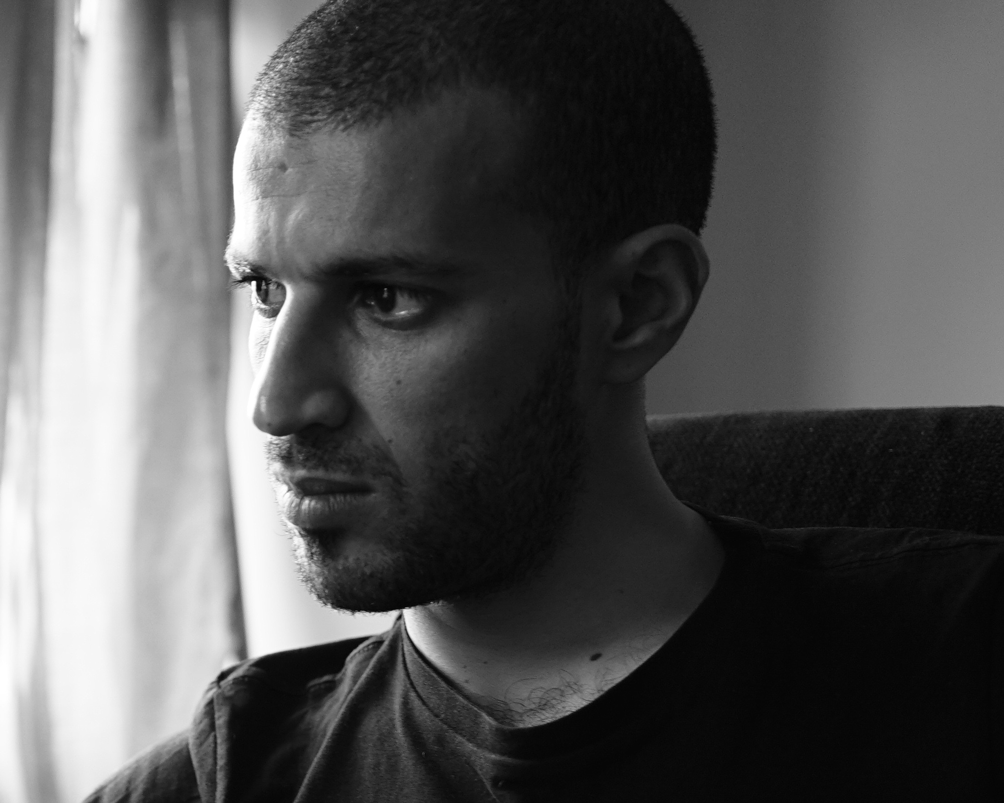 Performing Arts
Title of project: “KILLING FROM A DISTANCE”
Sweeden

Inspired by dramatists such as Antonin Artaud, Jerzy Grotowski, Eugenio Ionesco and Samuel Beckett the physical theater company Iraqi Bodies was formed.
The members of the company were young theater and performing arts students studying at The Fine Arts Institute in Baghdad, Iraq. Starting out in 2002 they performed at festivals in Egypt, Jordan, South Korea and Iraq until 2006, when one of the members was killed due to the increased sectarian violence that took hold of the country after the US led invasion in 2003.
One of the members, Anmar Taha, was at the same time shot and had to flee. Relocating to Sweden he could there resume his work in 2009 and has since acted as choreographer, performer and artistic director of Iraqi Bodies.
The necessity of telling stories through our own physical expression emerged from the memories that lay hidden in our bodies. From the ruins of a war torn country we found ourselves subconsciously dealing with mythical images from a long lost cultural past influenced by Gilgamesh and Sumerian traditions intertwined with the contemporary customs and rituals of Muslim and Sufi traditions. These influences created a set of archaic characteristics that distinctively colored our work. It was as if our bodies channeled a collective memory and the only way for us to transform those memories was to present them in theatrical compositions.
Our work has since then evolved together with the evolution of our own lives. The move to Europe proved to be as much a challenge as a resurge in theatrical inspiration. Exposed to a society so different from the one we came from we tried to find the points of convergence between East and West in our common humanity. This meant that the subject matters that we had dealt with before became infused with a reality that prioritized other values than the ones we were accustomed to. Even if we had been oppressed in Iraq because of our artistic ambitions we were still imbued by values such as communality, generosity and accident. These values were opposed to our new reality, which emphasized individuality, structure and premeditation. How could we merge these in our theater practice and with the people we worked with? Which stories could we tell without being looked upon as exotic?
We found that point in the works which had begun our artistic practice. In the works of Antonin Artuad, Jerzy Grotowski, Eugenio Ionesco, Samuel Beckett and others we now anchored our practice even firmer. By letting the body speak of the trauma of life and the predicament of man our work could transcend any human differences and instead create scenes to show a reality we all share. A poetic reality that finds the light in the deepest darkness of life.

During this Artistic Residency the following performance “KILLING FROM A DISTANCE” was given.

We are concerned and frightened with the current state of political affairs that has been evolving in Europe as well as in the Middle East. The last couple of months have been a parade for the ferocious IS in Iraq and Syria – leaving piles of burnt bodies in their trail. World leaders have since decided to put an end to IS by agreeing to send military forces and wage war in both Syria and Iraq. In reality that means that homes of families are being ruthlessly bombed in the name of ‘anti-terrorism’. This alliance of the West has also expressed their reluctance to find common points with Russia and Iran in their so-called fight against IS. To us this looks suspicious. At the same time Europe has seen an alarming rise of nationalist and fascist parties taking hold over a large number of people in the latest EU elections. The latest of this trend being the victory of the Sverigedemokraterna in the recent Swedish parliamentary elections. What we are seeing – internationally and in Sweden – is a negation of human values.
We watch the media and are time and time again met with reporters and journalists asking empty questions of ‘why?’ and ‘how could this happen?’ We fear that these questions will lead to a bigger sense of apathy and helplessness in the citizens of Europe. The problem is here and is not going to magically vanish. We are struck by the empty ideologies politics today is built on and instead see the trend of a pop-culture politics where people become disillusioned by what they think they need and what they think they will get – preferably as fast as possible. The empty ideologies are not our biggest concern as ideologies built on thorough analysis and sound arguments can be just as deceiving in real life. No. We say no to ideologies – be they empty, valid, or pop-culture. Instead we want to point towards our common experience of being human. Of sharing the void of existence which places man in a constant disequilibrium between his thoughts and his reality.
Steering clear of any worn-out clichés might seem hard in cases like these. One could easily complain about the historical aspects, the political aspects, and the religious aspects. All these grand aspects and ideas might give relief in an all-too-incomprehensible world but do they really question the value of one single human life? Our insides turn upside-down watching the news. We are short of breath when imagining the headlines of the world. It all seems too much to handle. This physical experience that we feel when interacting on a global scale is also very prone to apathy. We are left silent in our homes with an aching soul and heart – with no one to turn to or to ask for help.
We refuse this silence. Now is not the time to be numb. We start over.
Killing From A Distance is a submersion into the depths of torment and absurdity. It is a place-in-between. Neither alive nor dead. It is a forgotten place no one no longer visits after the battle has been fought between big ego-states. It is a place where all the lost souls wander in confusion, contemplating their brief existence on this earth, which was filled with committing inexcusable acts.
He appears. Reappears. Start over.